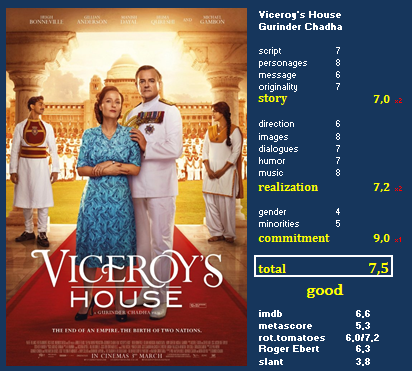 The weak romance story is offset by a good depiction of the historical and political events surrounding the departure of the English from India.
At one moment in the movie, the partition of India is compared to that of Palestine and of Ireland, other British colonies that have suffered greatly, without however digging deeper into the subject.

Could have been an hour shorter / humor disappears halfway

“The Namesake” reminds us of what it means to be American.

The message of the movie is straightforward: while most men drink, commit adultery, are jealous and violent, women have fun, bring changes… and are at least as sexualized as their male counterparts.